The report claimed that the trillion dollars in wealth wielded by the 85 richest people in the world was the result of a “power grab by wealthy elites.” The report did not cite specific behaviors that indicated any lying, cheating, or stealing on behalf of those who possess the most wealth, other than noting that tax rates have declined in almost every industrialized country since 1980 (which they attributed to the lobbying efforts of the most affluent among us).

The problem with thinking in terms of “the wealthy are oppressing the poor” is that it shows a stunning disregard for the capital formation process and it assume that wealth is built at the expense of others rather than by providing others services that they need (through your labor) and products that they want (through your ownership interests).

To use the world’s most famous investor as an example, let’s think about Warren Buffett for a moment. Depending on his particular donations and the price of Berkshire Hathaway stock at a given point in time, he has between $50 and $60 billion in total net worth. But it is not as if Warren Buffett is sitting on top of a Northern Trust bank account with $50,000,000,000 in cash in it. It is not as if he has minions depositing $10,000 into his bank account every day against their will.

Rather, his wealth is the result of an ongoing commitment to provide services and products to others. For instance, the entire Dairy Queen franchise is owned lock, stock, and barrel by Berkshire Hathaway (and Buffett owns roughly a third of Berkshire). The wealth that Buffett is able to generate from Dairy Queen is entirely reliant on giving people what they want—whether it be a cheeseburger, some chicken strips, or an ice cream treat.

When you factor in the costs of labor, rent, franchisee agreements, ingredients, and keeping the lights and heating on during the winter, that large Oreo blizzard that you buy costs Dairy Queen somewhere around $2-$3 to put together. Then, Dairy Queen slaps up a $5.50-$6 sign on the store wall and lets anyone that wants an Oreo Blizzard to decide whether paying $5.50-$6 is worth it to them. There is no oppression taking place: if you want the Oreo blizzard for $6, then you buy it and have your need satisfied. If the price is too high or you don’t want one, then you get to exercise your right to not buy it.

All the profits from the Oreo Blizzards and the other items then trickle to Omaha Headquarters to show up in the treasury owned by the Berkshire shareholders. That means $1 of the profit (pre-tax) goes to Buffett because he owns a third of the company, and the other $2 in profit generated get split up among the remaining shareholders, depending on the size of their stake. Berkshire hasn’t returned cash to shareholders in four decades, so the wealth that Warren Buffett possesses is based on what stock market investors are willing to pay for those $3 in Oreo Blizzard profits that show up to headquarters, plus the combination of Berkshire’s other holdings like Clayton Homes, GEICO, Heinz, Helzberg Diamonds, Lubrizol, Netjets, The Pampered Chef, See’s Candies, Acme Bricks, the Burlington Northern Santa Fe Railroad, Benjamin Moore paints, and dozens of others (and this isn’t even touching on Berkshire’s ownership stakes in Coca-Cola, IBM, American Express, and Wells Fargo).

All of that wealth can be traced to two things: Buffett decided to acquire an ownership interest on those companies, and the subsequent wealth that got created is entirely the result of people exercising their free will to use their hard-earned dollars to buy the products that Buffett offers because they believe their life will be better off than not by purchasing them.

The next question you should be asking is: If this has always been the intrinsic nature of the relationship between those who are business owners and those who are product consumers, then why has inequality risen in the past few decades?

The short answer to that question is that almost incomprehensible shifts in technology have changed the rules of production over the past four decades in ways that make it more lucrative to be an owner of a business than ever before.

Let’s pretend, for a moment, that we are back in the 1970s, and you have managed to set aside $10,000 to invest. You live in Ohio. Looking around you, you recognize that the biggest company in your neck of the woods (Youngstown, OH) is U.S. Steel. You decide to buy several hundred shares of stock to become a part owner.

The dividends that come your way, and the earnings per share growth that you are able to experience, is going to be limited by the fact that steel production is very labor and capital intensive. A steel plant is going to require millions and millions of dollars in equipment upgrades and basic maintenance on an annual basis, and you are going to have to employ 3,000-4,000 people to produce the steel. These high “input costs” (lots of labor and lots of machinery) are going to place a drag on the total returns that you are able to experience—your investment will be lucky to make you 5% or 6% per year, because the thousands of workers and ongoing machinery costs are going to consume capital that will not reach your pockets—while it is still much more lucrative to be a part-owner rather than an employee, there are limits to the disparity in income.

In the past forty years, technological advances have gradually reduced the need for labor at the plants. Take something like Dr. Pepper, which is an excellent business in its own right (it’s not as if investment opportunities are binary—making money in the beverage industry isn’t a “Be Coca-Cola or Die” proposition). I don’t talk about it as much as Coca-Cola because Dr. Pepper does not own most of the international rights to its own brands, it does not have the diversified stable of brands that its competitors (Coca-Cola and PepsiCo) do, and its appeal tends to be a bit on the regional side.

A substantial amount of Dr. Pepper production occurs in my hometown of St. Louis. A long time ago, it took 1,500+ workers to keep the factory running and allow the soft drink to get distributed across the Midwest. Now, soda factories can be run with a few dozen employees, making the worker a much less integral ingredient in the formula than in years past. 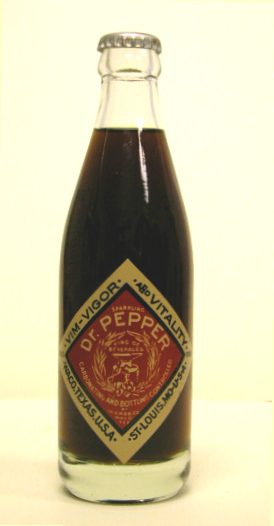 Dr. Pepper debuted to 20+ million people at the 1904 World’s Fair in St. Louis. At the time, it took thousands of workers to crank out the carbonated soft drink to the masses. Now, it only takes a couple dozen employees to more efficiently accomplish the same ends, allowing the company to earn returns on equity of over 20%. The low costs of production, plus the brand equity, will likely enrich Dr. Pepper shareholders at a 8-12% annual rate for decades to come.

This quotation from the strike at the Mott’s apple juice plant (which is owned by Dr. Pepper) in Williamson, NY about sums it up:

“‘Companies have asked for concessions throughout the history of the labor movement because they’ve faced hard times and needed help to survive,’ said Stuart Appelbaum, president of the Retail, Wholesale and Department Store Union, which represents the Mott’s workers. ‘Dr Pepper Snapple is different. They don’t even show the respect to lie to us. They just came in and said, ‘We have no financial need for this, but we just want it anyway because we figure we can get away with it.’”

To be a business owner in the 1970s, your returns contained an informal lid because lots of machinery maintenance and upgrade costs, in addition to lots of employees, were necessary to you creating a profit. The employee element of the equation, while not eliminated, is substantially smaller than what it was twenty, thirty, forty years ago. Fewer employees necessary means two things: it alters the supply and demand curve so that employees can get paid less to do factory work that used to command higher wages, and the ability to run Dr. Pepper factories with dozens of employees rather than the steel plants with thousands of employees means that the money previously earmarked for wages can now go directly to shareholders.

The excess cash thrown off by Coca-Cola, Dr. Pepper, and PepsiCo is only going to increase in the coming years. Understanding capital formation, and the need to acquire ownership interests, is what is going to separate those who can take a page out of Uriah Heap’s “Easy Living” from those that have to continue to grind it out.

There is a reason why, when you study the track records of Benjamin Franklin and Charlie Munger, there were moments in their lives when they lived a lifestyle of nearly abject poverty, even as their means started to increase considerably. They understood that the proverbial treck from $0 in net worth to $100,000 in net worth is the hardest, and they structured their lives to reach that point as quickly as possible. Wealth is created by selling services and products to others, and the greatest way to get on that boat is to become a business owner. Because the rewards of business ownership are becoming more lucrative than ever as labor needs diminish, a good life awaits those channel their inner Franklins and Mungers to acquire a solid base of business ownerships as quickly as possible.