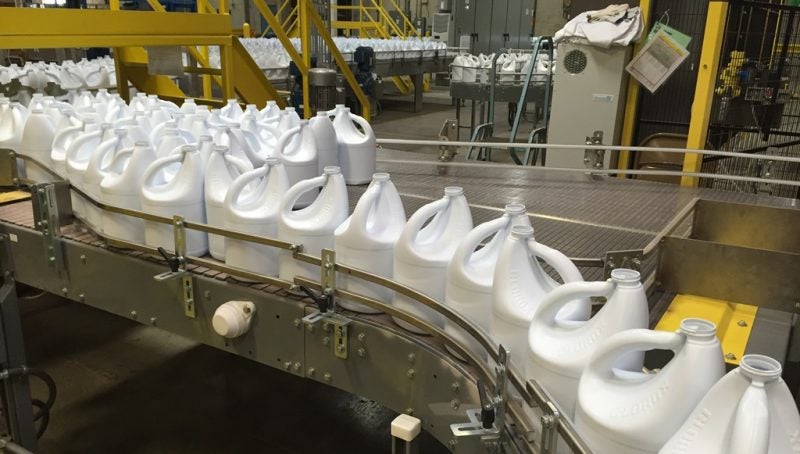 Given the amount of lay investors, pension funds, insurance/institutional funds, endowments, and charity-related funds that are invested into the stocks that we regard as the blue-chip members of the S&P 500, it would make sense that these companies be conservatively financed so that there is always cash on fund to fund an emergency. Coca-Cola has $19 billion in available. Johnson & Johnson has $19 billion in cash. Procter & Gamble has $11 billion in cash. This is what you would expect from the backbones of American business.

And yet I’m blown away that Clorox, which is a great American icon that whose core business lines are among the fifty best in the entire country, has found itself in the current position in which its cash position is only $100 million while it carries $2.4 billion in debt, all of which is due within the next five years.

That is a pitiful cash position. The justification is that the business earns $823 million in net profit, and has never had an unprofitable year within the past half-century, so it can withstand the consequences of low cash because the certainty of the profits from its namesake bleach and cleaning products is so high.

I don’t like the financial management of the company. It’s like living in the safest neighborhood in town but keeping your doors unlocked at night. Yeah, 99.9999% chance nothing is going to happen, but you have the option to reach for a bolt and lock the dang doors and close the garage. Clorox should go through its business existence with $1 billion in cash because a business with a product as great as Clorox bleach owes it to itself to protect itself against once-a-century events as much as the typical business cycle. Just sit still, and the capital to do so would come quickly enough.

But what is Clorox doing instead? It is repurchasing $2 billion in stock. I honestly think there’s a business argument to make that it would be better off letting that money build up as cash. Right now, Clorox earns $6.26 per share in profits. The P/E ratio is 25-26x earnings. That is too high for a business that grows at a 6-8% rate. I think 20x earnings is more appropriate.

More times than not, the market agrees. Every year between 2003 and 2014, investors had an opportunity to buy up shares at a valuation cheaper than 20x earnings. The current valuation hasn’t been seen since the tail-end of the dotcom bubble around 2001-2002.

It is almost certain that these share repurchases will be suboptimal. Clorox is in a position where, about five years from now, its profits per share will be a little over $8 per share. For a P/E ratio of 20-21x earnings, we are talking about a stock price of $160-168 per share in 2023. Right now, in December 2018, the stock is at $162 per share. The stock is about five years ahead of itself, and yet instead of repairing its cash position while business conditions would allow it to do so painlessly, it is repurchasing shares at a price that will be regretted half-a-decade from now. That is not how the business should be managed.

Why do I think everyone’s losing their minds on this? Because the company earns 87% of its profits in the United States, so when the tax cuts came and slashed rates, Clorox saw far more of a benefit than the typical U.S. company. Problem is, politicians will come that will again raise the corporate tax rate in the United States. At that time, Clorox will be more restricted than most, and probably see its P/E ratio come down and some of those gushers of cash flooding into headquarters will dissipate.

Don’t let your debt position be 24x your cash position. Don’t repurchase stock at 25x earnings. Most other places in corporate America understand that on at least one of these items, if not both. If Clorox traded under $100 per share and had $1 billion in the bank, I’d write about it as often as I do Coca-Cola stock. But it doesn’t.